Saul “Canelo” Alvarez’ next fight date has been made official, as the Mexican boxing star faces undefeated American champion Caleb Plant on Saturday, November 6 at MGM Grand Garden Arena in Las Vegas, NV. The contest features a unified WBC, WBA and WBO super middleweight champion up against the IBF titleholder with an undisputed 168-pound crown on the line. The bout is set to headline boxing fight card live on pay-per-view.

The date when Canelo vs Plant airs live in the UK and Australia is Sunday, November 7.

Canelo vs Plant tickets to witness all the action at MGM Grand Garden Arena on Saturday, November 6 are on sale. Tickets can be purchased through Vivid Seats.

Canelo Alvarez (56-1-2, 38 KOs) was in action in May when he defeated Billy Joe Saunders via the eighth-round retirement to retain his WBA and WBC titles, as well as claim the WBO belt. Before that the four-division champion eliminated Avni Yildirim in three rounds, scored a unanimous decision against Callum Smith and KO’d Sergey Kovalev in Round 11.

Undefeated Caleb Plant (21-0, 12 KOs) last fought in January when he secured a unanimous decision against Caleb Truax to make the third successful defense of his IBF belt. Prior to that he TKO’d Vincent Feigenbutz and Mike Lee in the tenth and third round, respectively, and earned a unanimous decision against Jose Uzcategui to become a new titleholder. 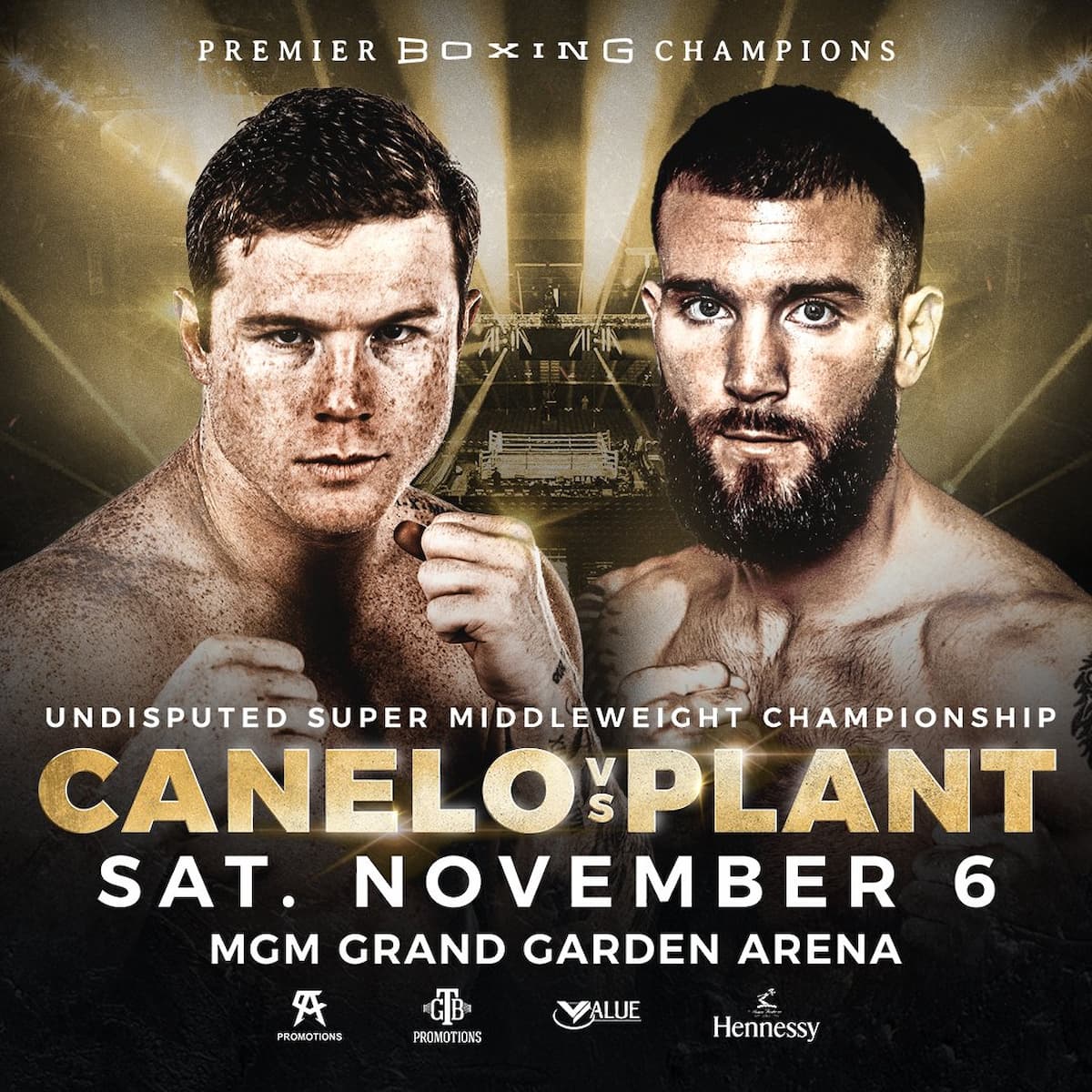 The list of bouts featured on the Canelo vs Plant undercard is expected to be announced in the coming weeks.