Defending unified WBA and IBF bantamweight champion Naoya Inoue, challenger Michael Dasmarinas, and the rest of fighters featured on the Top Rank Boxing fight card on Saturday, June 19 stepped on the scales to make it official. The event airs live from The Theater at Virgin Hotels Las Vegas. Tickets are on sale and can be purchased through Vivid Seats.

Champion from Japan Naoya Inoue came in 118. Challenger from the Philippines Michael Dasmarinas showed 117.4. The world championship bout is scheduled for 12 rounds.

Mikaela Mayer from the US weighed-in at 129.8 for her WBO junior lightweight title defense against Erica Farias from Argentina, who was 128.2. The women’s contest is scheduled for ten rounds. 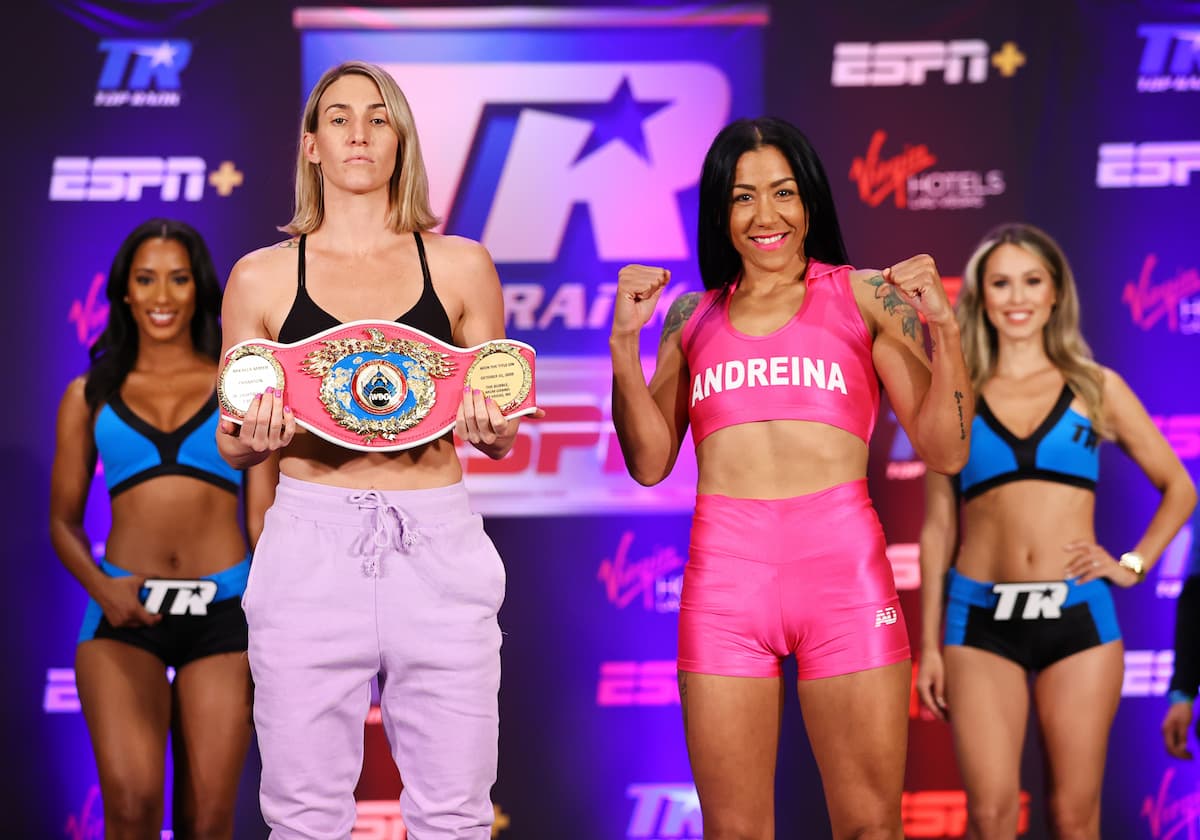 In addition, NABF featherweight champion Adam Lopez and challenger Isaac Dogboe tipped the scales at 126 and 125.4, respectively. The 10-round bout kicks off the main card.

How to watch Naoya Inoue vs Michael Dasmarinas live stream

According to the finalized lineup sent out by the promotion, the scheduled six-round heavyweight bout between Guido Vianello and Dante Stone is no longer featured on the Inoue vs Dasmarinas undercard. Meanwhile, Eric Puente received an opponent for his six-round lightweight bout – Jose Antonio Meza.

Get the full Inoue vs Dasmarinas fight card and weigh-in results below.