Floyd Mayweather and Logan Paul meet inside the boxing ring at Hard Rock Stadium in Miami Gardens on Sunday June 6, which makes it Monday June 7 in Australia. The exhibition match features undefeated all-time boxing great up against YouTuber headlining the fight card live on Showtime PPV.

Ahead of the event the pair engaged in a long and intense face-off after meeting with media members at Villa Casa Casuarina at the former Versace Mansion in South Beach Thursday (Friday AEST). Check out below what they had to say.

Floyd Mayweather: It’s all about the skills

“It’s going to be fun. It’s what I do. There’s a difference between being a YouTube fighter and an elite fighter. I’m a fighter and I don’t worry about anything. I’ve been a professional for 25 years and I’ve fought the best and seen every style and I always came out on top.”

“Why not fight Logan Paul? He’s huge on YouTube. He has a huge following. Before I even knew about YouTube, I was huge in boxing. And when you bring his world with my world, man it’s going to be crazy.”

“I’m glad he’s got confidence. I’m glad he believes in himself. Last time I checked, all 50 fighters that I faced, they all said the same thing.”

Mayweather vs Paul Australia time, date and how to watch – all states and territories

“I never worry about the height or size, it’s all about the skills. That’s one thing about Floyd Mayweather, I’ve got skills.”

“The boxing was the mashed potatoes. I guess these guys now are the gravy. I retired from boxing, but I didn’t retire from entertainment or from making money.” 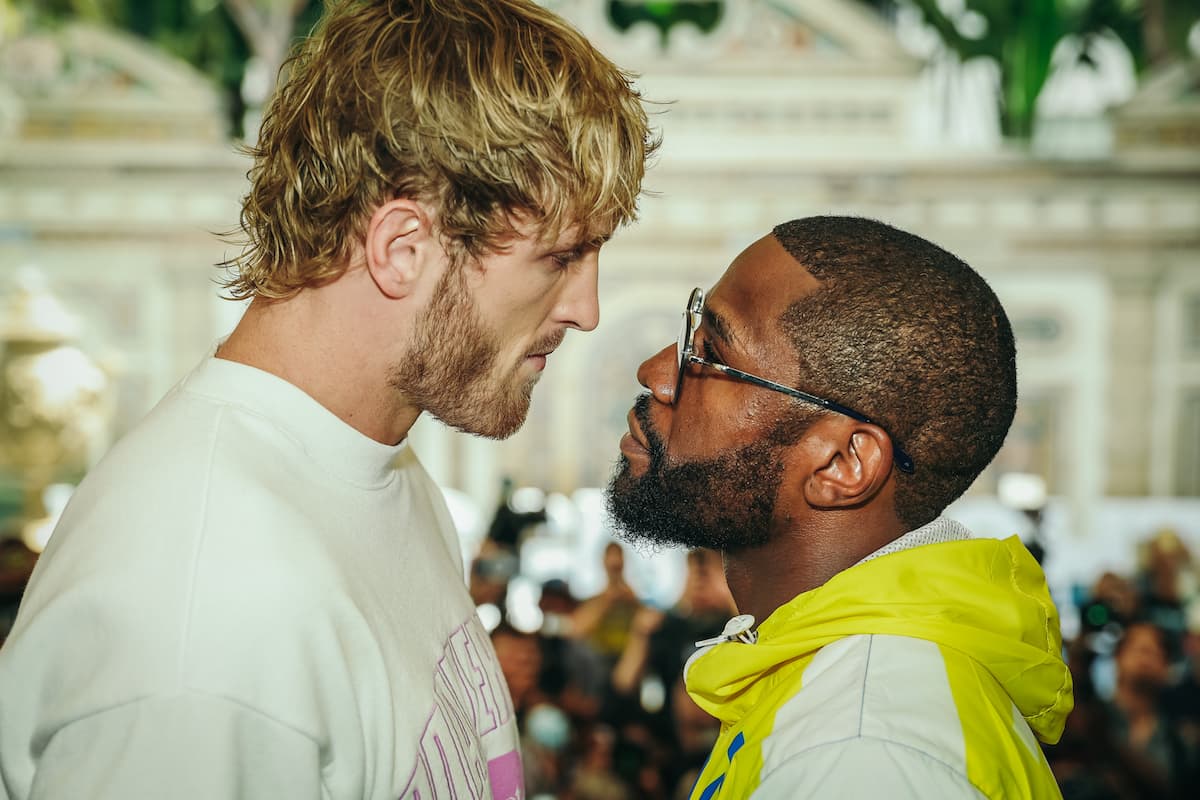 Logan Paul: I’ve seen it all before it happens

“I have to ask myself: Am I affected by this? You look around, all these people, the hot lights, all this pressure. You want to do well. Your friends are watching, your family is watching. And I always want to be real with myself. Am I affected by this? But I love this. This is me in my element. This is what I came out to Hollywood to do when I started making videos. That was the precipice. This was the end game. This is what I wanted and signed up for. It’s all exciting for me.”

“I didn’t choose boxing, boxing chose me. I got challenged to box, and I answered that challenge. I kind of fell perfectly into the sport. Truthfully, boxing is easier on the body than MMA. MMA is hard. I got bad knees. I’m old now. I’m aging. My upper body is strong and I have dense bones. My strength is all in my upper body.”

“I expect he got a haircut. He probably trimmed his beard up a bit. He’s probably not wearing a hat. I mean if he showed up with a hat, I might have to take it. I’m excited. It’s a fight, and anything can happen.”

“I visualize everything. I’ve seen it all before it happens. The only thing that I didn’t visualize was how calm, how lonely and tranquil it is at night. That two hours before I go to sleep and in my hotel room and I’m alone with my thoughts. That’s when it’s real and I think this is going to get serious.”

“I’m going to fight my heart out. That’s the beautiful thing about this sport. In almost any other business, experience is going to trump everything else. But this is a fight, and anything can happen.”

“Last time we were at this mansion we were having a party. Who knows if we’ll do it again. One thing at a time, you know?”

The full Mayweather vs Paul fight card can be found here.

The post One thing about Floyd Mayweather and only thing Logan Paul didn’t visualize appeared first on FIGHTMAG.