Reigning WBC heavyweight champion Tyson Fury faces former titleholder Deontay Wilder in their third fight at T-Mobile Arena in Las Vegas on Saturday July 24, which makes it Sunday July 25 in the UK and Australia. Tickets are on sale, and can be purchased through Vivid Seats.

Wilder and Fury fought to a split draw in their fight fight in December 2018, with then champion Wilder retaining the belt. In the rematch in February 2020 Fury claimed the win as well as the title by TKO in the seventh round.

At the kick-off press conference held today at The Novo at L.A. Live in Los Angeles, CA, “The Gypsy King” and “The Bronze Bomber” shared their thoughts on the last and next fights, as well as came face to face. Check out below what they had to say.

Tyson Fury: I’m looking for a big knockout straight away

“It was a crazy roller coaster toward this fight. I always say, ‘you’re never fighting someone, until you’re in the ring opposite them.’ It wasn’t hard for me to adjust to fighting Deontay Wilder again. It’s what I’m paid to do.”

“I’m just always training and staying motivated. I’m happy to be living and here right now. I look forward to today. That’s how I manage everything. I’m a ‘living in the moment’ type of person.”

“I hope Deontay brings something different for this fight. He needs to, if we’re facing facts. I hope he brings a challenge. Hopefully Malik Scott can bring the best out of Deontay Wilder.”

“The beating from the last fight has had a physical, mental and emotional effect on his life. I was worried about him after the way I beat him.”

“Deontay Wilder is a one-trick pony. He’s got great one-punch knockout power. I’m going to run him over like I’m an 18-wheeler. I guarantee he doesn’t go past where he did in the second fight. I’m looking for a big knockout straight away.”

“He said all this stuff about bloodshed last time and we all know what happened last time. I’m going to keep it short and sweet today.” 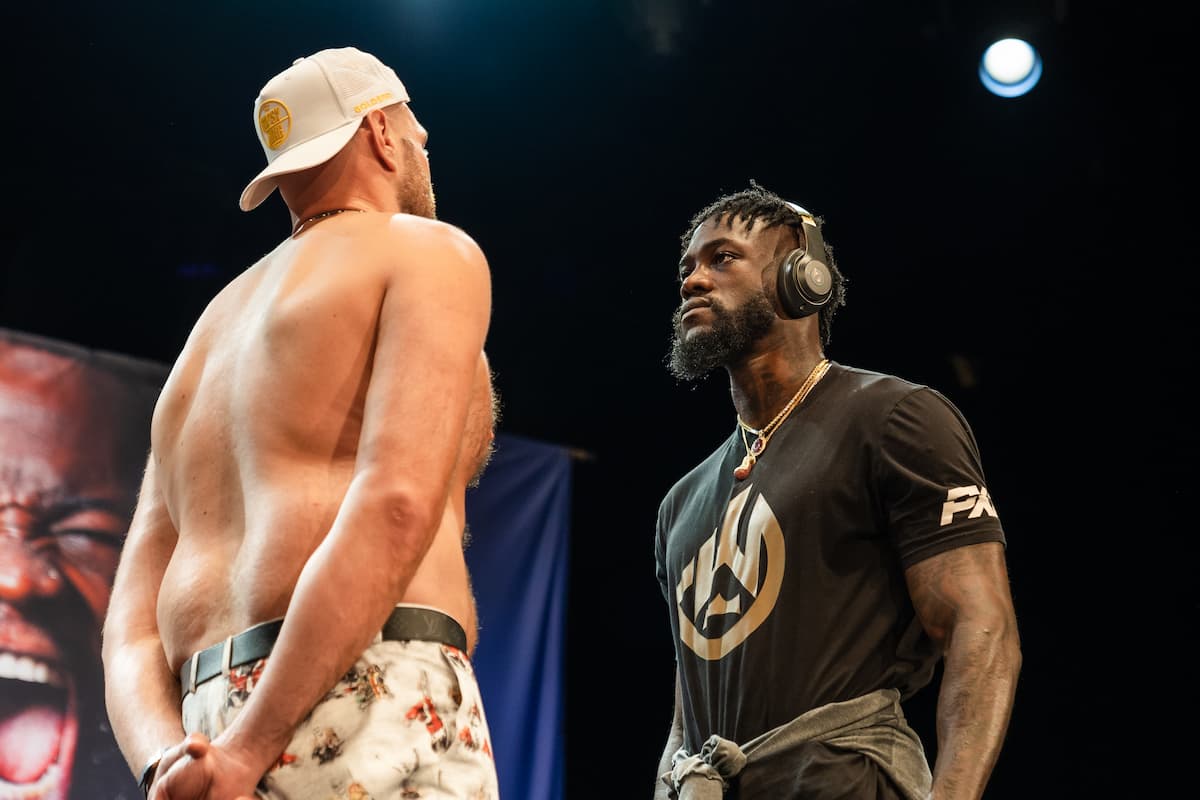 Deontay Wilder: I’ve had nothing but time to progress

“Enough has been said. It’s time to cut off his head. Come July the 24, there will be bloodshed. Get your tickets now and I’ll see you soon.”

“A lot of things are going to be different in this fight. On July 24, the world is going to see. We’re going to reveal everything we’ve been working on.”

“I didn’t feel any way about Fury trying to negotiate another fight. We knew we were in the right and we knew they couldn’t run. Silence is golden.”

“I’ve been happy and even happier in my time off. I’ve had time to spend with my family and now I’m rejuvenated and ready to go.”

“I’ve been training non-stop during the pandemic and I’ve been building. All this time between fights is going to be good for me and bad for him. I’ve had nothing but time to progress.”

“Whatever he does on July 24, we will have an answer for it. I’m training very hard and my mind is very violent. I’m ready to go.”

Boxing fans can watch Tyson Fury vs Deontay Wilder 3 live on pay-per-view. PPV price, broadcast information, and start time are expected to be announced in the coming weeks.

The post Tyson Fury says he ‘was worried’ about Deontay Wilder after their rematch appeared first on FIGHTMAG.