Max Holloway and Calvin Kattar square off in the headliner of the first event for 2021, that is scheduled for January 16 at Flash Forum on Yas Island in Aba Dhabi. The UFC Fight Night card marks the promotion’s return to “Fight Island”, making it the third installment over all. MMA fans can watch the event live on ESPN Plus.

Former featherweight champion Max Holloway (21-6) was last in action in July back on Fight Island, where he suffered the defeat by split decision against the current 145-pound champion Alexander Volkanovski in the rematch. In December 2019 he dropped a unanimous decision and lost the belt.

Calvin Kattar (22-4) won two bouts in a row. In his previous fight also in July he earned a unanimous decision against Dan Ige, headlining the first UFC Fight Island event in history. Before that he knocked out Jeremy Stephens in Round 2 with a massive elbow (watch here).

The official event poster for UFC Fight Night: Holloway vs Kattar has been released today. See it below. 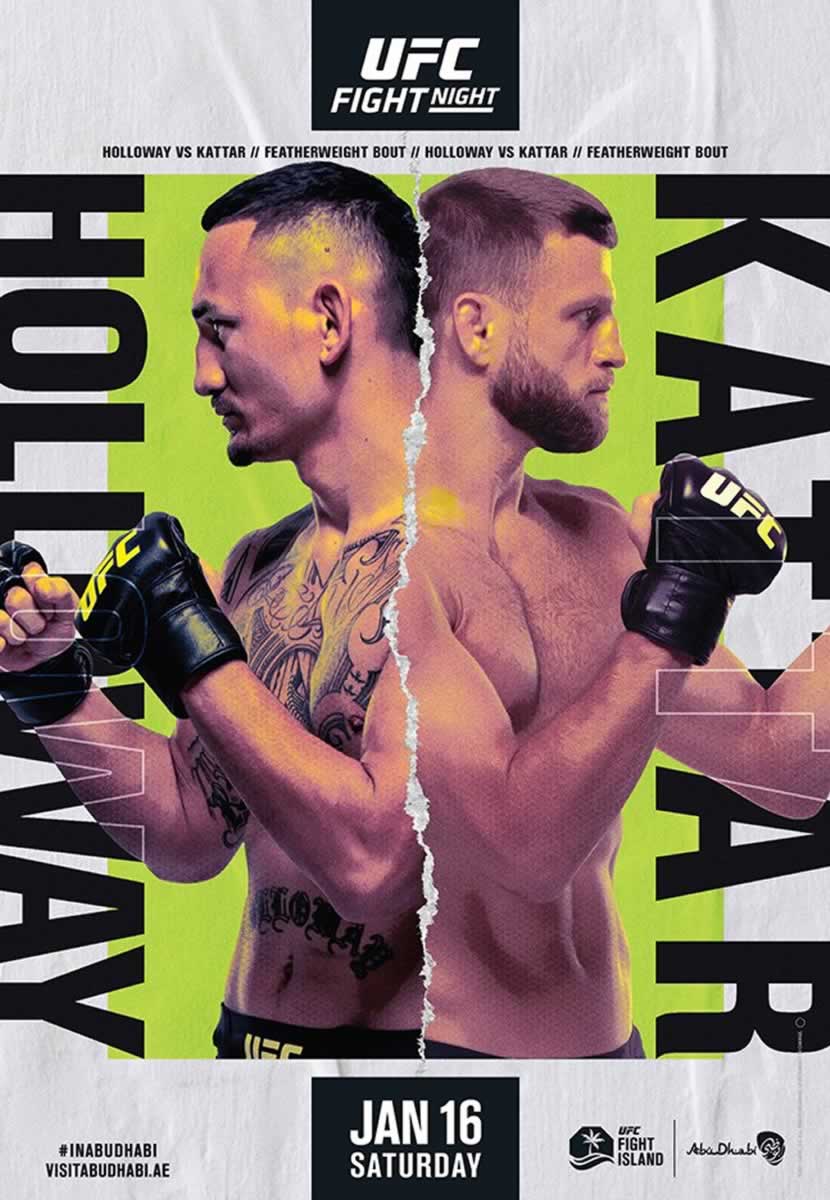 The fight card is yet to be finalized. The announced to date list of matchups can be found here.